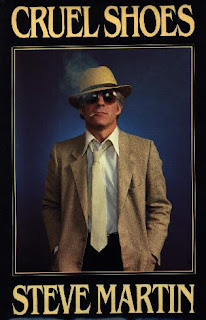 Wrong Number
One day I called someone up and got the wrong number. I apologized profusely but then realized that just an apology was not enough. I offered some money as a partial compensation and threw in some stocks and bonds at the last minute. Then I thought, perhaps if I could take their address and send them everything I own, then take a journey to Tibet to acquire wisdom, I could then inform them of the truth, something money cannot buy. Naturally they were still indignant, but were at least convinced of my sincerity in wanting to make it right. They suggested that after I go to Tibet, I kill myself, thus offering up my last breath as penance. This seemed slightly out of line, but not being a good business man, I agreed.


So now I’m in Tibet, standing on my head on a llama, thinking 'bout the day I got the wrong number.


Shuckin’ the Jive
The crazy bastards were going down the pool hall to play a little pinball when their car exploded, blowing everyone to smithereens. Some of Tubby’s flesh flew off to the side of the road, and in time nourished a sunflower growing there. Soon the sunflower was eaten by a horse and the horse was eaten by some hobos out for a wild time. Then one of the hobos met an eastern wandering Canadian guru. But before anything significant could happen, the hobo died, being attacked by a dog heart in a scientist’s laboratory. The death was listed as a heart attack. Then slavery was abolished.

The Nervous Father
"Daddy, where did I come from?"

"Uh...uh...well, Tommy, well, it seems...well...why, why out of the garbage can, son. The garbage man comes and throws you in the garbage can and Mommy goes out and gets you. You see, the garbage men pick you up at the creampuff, cherry gingerbread house run by the angels with puppy faces, and the North Star wonder men with the magic seeds tiptoe ‘round the huckleberry tree."

Comedy Events You Can Do
Put an atomic bomb up your nose, go to a party and take out a handkerchief. Then pretend to blow your nose, simultaneously triggering the bomb.